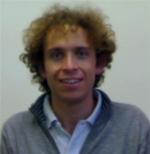 Member of Interdepartmental Center (SISCON - Safety of Infrastructures and Constructions)

Other activities and projects related to research

Structural complexity and robustness:
- Study of the behaviour of frames following structural damage or removal of a structural element, with particular reference to: (i) effect of the duration of removal of the structural element on the dynamic response of the damaged structure, (ii) effect of strain-rate in the materials on the dynamic response of a steel frame subjected to the removal of a structural element (column); (iii) analysis of steel frames subjected to removal of column by explosion overpressure, (iv) response of damaged structures through the calculation of elastic deformation energy;
- modelling of progressive damage on reinforced concrete structures.
- proposals and regulatory developments in the strength assessment of reinforced concrete structures;
- evaluation of the strength of process artefacts (industrial archaeology) such as metal tanks, refinery towers, etc;
- structural robustness of small reinforced concrete reservoirs;
- structural robustness of industrial infrastructures (hydrocarbon tanks) through dimensional analyses with the aim of finding non-site-specific behaviour parameters.
- evaluation of the inspection process for civil works (bridges) forming part of the Italian motorway network (under concession to Autostrade per l'Italia).
Natural phenomena and interaction with constructions
- Interaction between snow avalanche and constructions (impact forces);
- Field experiments, on-site surveys, structural back-analyses;
- rock falls: hazard, risk and mitigation. The activity was developed through the study of different macro-themes: (i) creation of a frequency law that allows to correlate the reference volume (with which the impact energy is assessed) to the return period, (ii) construction of event trees for the risk assessment of civil works, (iii) study of the vulnerability of structures subjected to rock collapse phenomena and preparation of speditive structural survey sheets, (iv) study of the deterioration of works for risk mitigation, (v) probabilistic study of the reliability of rockfall protection works by analysing the role of individual design parameters in the calculation of the probability of failure, (vi) fragmentation of blocks following detachment from the rocky slope during motion, (vii) idealisation of an analysis methodology (event tree) for the construction of a univocal approach for risk assessment on various types of linear infrastructures subject to rockfall hazards;
- development of a deformation-controlled device capable of absorbing the impact energy of a body;
- dynamic effects on debris flow protection structures;
- study of a small-scale experimental system for the evaluation of impact actions against a civil structure (reinforced concrete wall or wall face).