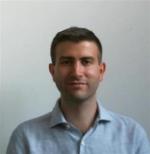 Matteo Del Giudice, born in Turin in 1987, received both M.Sc. in Building Engineering and the Ph.D. degrees in Innovation Technology for the Built Environment at Politecnico di Torino in 2011 and 2016, respectively. He is currently Assistant Professor (RTD-A) at Politecnico di Torino, Department of Structural, Geotechnical and Building Engineering (DISEG).

Since 2009, he has studying and applying the BIM methodology, deepening themes of interoperability on real case studies at national and international context. He was also involved in various European funded projects focused on Smart City: the SEEMPubS (Smart Energy Efficient Middleware for Public Buildings) and DIMMER (District Information Modelling and Management for Energy Reduction) european projects. His research activity and publications are aimed at optimizing data management of the existing architectural heritage with BIM and GIS. The themes mentioned are linked to each other in relation to the development of smart cities.

Since 2015 he has been part of the research group coordinated by Prof. Osello at the drawingTOthefuture laboratory, where research and training are constantly integrated and developed on the themes of BIM, Virtual and Augmented Reality.